“To promote a more perfect union among college men; to aid in and insist upon the personal progress of its members; to further brotherly love and a fraternal spirit within the organization to discountenance evil; to destroy all prejudices; to preserve the sanctity of the home, the personification of virtue and the chastity of woman.”

Alpha Phi Alpha, the first intercollegiate Greek-letter fraternity established for African-Americans, was founded at Cornell University in Ithaca, New York by seven college men who recognized the need for a strong bond of Brotherhood among African descendants in this country. The visionary founders, known as the “Jewels” of the Fraternity, are Henry Arthur Callis, Charles Henry Chapman, Eugene Kinckle Jones, George Biddle Kelley, Nathaniel Allison Murray, Robert Harold Ogle, and Vertner Woodson Tandy.
The Fraternity initially served as a study and support group for minority students who faced racial prejudice, both educationally and socially, at Cornell. The Jewel founders and early leaders of the Fraternity succeeded in laying a firm foundation for Alpha Phi Alpha’s principles of scholarship, fellowship, good character, and the uplifting of humanity.

Alpha Phi Alpha chapters were developed at other colleges and universities, many of them historically black institutions, soon after the founding at Cornell. While continuing to stress academic excellence among its members, Alpha also recognized the need to help correct the educational, economic, political, and social injustices faced by African-Americans.

“We must never lose sight of the fact that we must take part in the development, not only of ourselves but of all humanity ….”Jewel Charles Henry Chapman 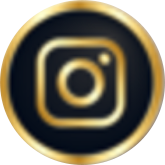 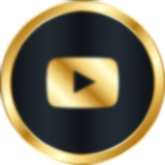